Swedes bike on average 5.3 million kilometers per day, which is a decline of 16 percent since the mid-1990s. This marked decline occurred in all three types of municipalities, in all ages, travel purposes and both sexes.

In terms of the number of trips, bicycle use has declined even more: from 2.8 million to 1.9 million bike trips per day (–34 percent). Meanwhile, the population has increased by 8 percent. Thus, the number of bicycle trips per capita has decreased by 38 percent.

Children's and young adults' cycling has decreased by over 40 percent during the period, measured in distance traveled per inhabitant. This is also shown by the fact that the number of school trips by bike has become 48 percent fewer. This should be considered from a public health perspective, since travel habits are established early in life. For people over 45 years – even those over 65 years – there is instead a gradual return of distance traveled per inhabitant on bicycle, after an initial decline, to the levels of 1995–1998.

For a number of years there have been measurements showing an increase in bicycle use, particularly in urban centres. This report presents the results of cycling from the national travel surveys, which cover the entire population 6-84 years registered in Sweden. These results therefore provide a more general picture of the state of cycling and the development in different age groups, different travel purposes and in cities of different size. Bicycle use is reported both as total distance travelled in kilometres, and as the number of trips where part of the trip is made by bicycle (not necessarily the far distance).

On 1 June 2016, the Swedish government introduced five strategic partnership programs. One of these programs, " Next Generation...

This report studies new and, to some extent, existing shared mobility services. 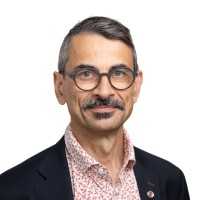