These statistics describe the development of railways, tramways and the metro.

Freight and passenger traffic are elucidated from a broad range of aspects. Among those are traffic and transport performance, goods quantities the number of journeys. There is also information about infrastructure, such as the total length of track and number of crossings. The companies that traffic the infrastructure are listed, and a summary of their investments in terms of vehicles, energy and personnel is provided. The personnel are broken down by operational traffic, infrastructure administration and traffic management, as well as by gender.

The scope of the survey

The survey covers all commercial rail traffic, with some exceptions, such as heritage railway traffic and traffic in industrial areas. For reasons of confidentiality, very little information is reported per company or per line; summaries are instead given for the entire country.

Rail Traffic is published twice a year. The final annual report is published in mid-September. Since 2014 we have also published, in early June, a report containing a selection of tables, including tables on goods transports. This Excel file is to be viewed as preliminary, and will be replaced on the website by the annual report once that is completed.

The Excel report includes an extended history that dates back as far as 2000. Click on the plus sign above the first year to see full time series.

Railway in Sweden and Japan

May 2013 saw the signing of a memorandum of cooperation in the railway area between the Ministry of Enterprise, Energy and...

Railway in Sweden and Japan

May 2013 saw the signing of a memorandum of cooperation in the railway area between the Ministry of Enterprise, Energy and...

Transport Analysis is appointed by the government to be responsible for official statistics in the areas of transport and communications. 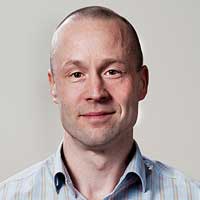