These statistics cover road freight transports by foreign lorries to, from and within Sweden. The data are compared with statistics regarding the Swedish lorries in domestic and foreign service for corresponding periods, so as to gain an idea of the total transport activity involving heavy lorries, as well as determining the market shares for foreign lorries in Sweden. The reported variables include transport mileage and vehicle miles travelled, transported weight, cabotage and transit traffic.

The statistics are based on a compilation of data pertaining to goods transport by road from EU countries as well as data supplied voluntarily by other European countries. These data are based on sample surveys of lorries and tractors with at least a 3.5-tonne maximum load or 6 tonnes total weight for the individual vehicle. The statistics do not include lorries registered in non-European countries such as Russia, and shipments by foreign lorries without permits are not likely to be included either. The quality of the report is largely dependent on the quality of the sample surveys in the respective countries. The countries included in the compilation have varied somewhat over the years.

The report is issued as a supplement to Transport Analysis's official statistics on road freight, which is published quarterly and annually. 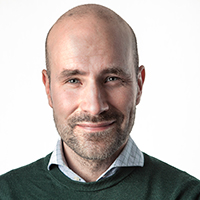