Transport Analysis is responsible for making short-term forecasts for developments in the types and number of vehicles registered in Sweden for the current year and the coming three years. This year’s forecast covers the period 2021-2024.

This report explains the method and the assessments that form the basis of the short-term forecast for passenger cars, light, and heavy lorries, as well as buses. The results of the forecast will be published in a separate Excel table.

The short-term forecast for passenger cars and light lorries includes the total number of vehicles on the roads and their characteristics, such as type of fuel, emissions class, average CO2 emissions from newly registered vehicles, as well as ownership form.

Greater deviations between prognoses and outcomes

Despite the great uncertainties caused by the pandemic during 2020, the forecast for the year (published in April 2020) proved to be largely accurate. The greatest deviation concerns the number of newly registered passenger cars, for which the forecast was 250,000, somewhat short of the actual number, 300,000. Our forecast were largely accurate as regards the other vehicle categories.

During the spring of 2021, Transport Analysis has studied trends in how other organisations are seeking to tackle uncertainties in making scenarios, forecasts and assessments concerning how quickly the sales of new vehicles are expected recover and reach their previous levels. Our objective was to learn from international experiences and identify reasoning and methods for scenarios/forecasts for the sales of new cars during the coming years. The results from this study are presented in a separate report. The main sources are publications by international consultancy firms. We present these for three regions: the US, Asia, and Europe. The results clearly demonstrate that there is currently a great deal of uncertainty around the demand for new vehicles. This is very much due to the effects of the coronavirus pandemic. The uncertainly arising from the pandemic leads to less clarity as regards the future vehicles on the roads.

Mild hybrids are no longer classed as hybrid electrics 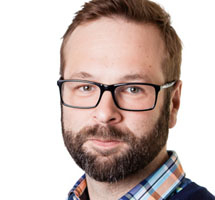