As part of its remit from the government, Transport Analysis has studied the effects of reduced default speed limits in built-up areas on Sweden’s transport policy goals. It is up to the municipalities themselves to determine what areas constitute built-up areas. Current law sets a default speed limit of 50 km/h in such areas, unless otherwise posted.

The clearest quantifiable positive effects are seen in the area of traffic safety, where speed is of decisive importance. The magnitude of these effects depends in part on what roads are assigned lower speed limits, and on the extent to which drivers actually reduce their speed. Previous experience points to an average speed reduction of 1–4 km/h if the posted speed limit is reduced from 50 to 40 km/h.

Working within the framework of this task, we have modelled and calculated these effects for three different scenarios in built-up areas:

Positive effects on the numbers of severe injuries are naturally seen as well. The effects on traffic safety are greater if the road operator succeeds in reducing speeds still further. Seventeen lives would be saved in scenario 1 if the speed limit were reduced by 10 km/h, meaning that we have identified a range of three to 17 lives saved. The effects of these scenarios may be considered in relation to the fact that roughly 65 fatalities occur in built-up areas per year in Sweden.

It is reduced speed that yields the positive effects in terms of Swedish transport policy goals and urban environments. There are methods other than lowering the default speed limit that must also be considered when it comes to achieving lower speeds.

Transport Analysis proposes a five-year implementation period, so that the municipalities have enough time to conduct the necessary studies, repost speed limits, and make street scene adaptations. These measures are also associated with costs to the municipalities. 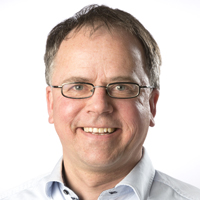