Traffic analysis has, on behalf of the government, prepared the prerequisites for a possible Swedish Ecobonus system for maritime transports. In this report, the Ecobonus system is a collective term for subsidies whose purpose is to promote the transfer of freight shipments from roads to waterways within the framework of the EU guidelines regarding state support for short sea shipping. The aim is to reduce emissions of greenhouse gases and air pollutants from freight shipments.

Ecobonus subsidies can be granted either to new intermodal routes or to upgrades of existing routes. In both cases the applicants must be able to demonstrate that their projects would promote the transition process, but require subsidisation in order to be financially sustainable. After a subsidy period of up to three years, the project or route must be financially sustainable. The subsidy will cover either up to 30 percent of the operating costs of a maritime route, or up to 10 percent of the costs of the investment in transshipment equipment for the project.

The purpose of a potential Ecobonus system is to incentivise the transfer of freight shipments from roads to waterways by subsidising new intermodal transport solutions early on, and to compensate for the added costs that may be associated with establishing new water transport solutions as part of the transport chain. It is also reasonable that these subsidies be linked in some manner to differences in external effects between transport types. In Sweden, Transport Analysis annually calculates the external effects of various transport types, together with their socioeconomic costs. In the most recent calculation for 2016, the difference was SEK 0.12 per tonne-kilometre. Transport Analysis consequently proposes that the Ecobonus subsidies be based on this amount for each tonne-kilometre that is transferred from transport by road to transport by sea.

Various ways of calculating the subsidy amount are found among the Ecobonus systems used abroad. Transport Analysis suggests a calculation method that is simpler than, for example, the Norwegian one. The main argument for a simple model is that the administrative burden is reduced for the applicant, who, under the EU rules, must submit a preliminary calculation of the anticipated subsidy amount over the three-year subsidy period. A simple model would also be more cost effective, in that there would be no need to develop aids in the form of mapping tools, as Norway has had to do. By keeping the administrative burden light and the cost-effectiveness high, we will also maximise the incentivising effect of the subsidy on the process of transitioning from shipment by road to shipment by sea.

Regarding more specific rules about how the application for the subsidy is to be formulated, Transport Analysis takes as its starting point that those rules should be kept as generous as possible within the framework of the EU guidelines, so as to achieve the intended modal shift. We suggest that the Norwegian Ecobonus system could serve in large measure as a model.

Transport Analysis does not consider that an Ecobonus system would necessitate any changes in laws or any new legislation. We find that the Government’s so-called “residual jurisdiction” could provide the legal authority for an ordinance setting out the basic rules. The ordinance could be supplemented by authorising a government agency to formulate more detailed rules in the form of instructions or general guidelines.

Transport Analysis believes that, given its competence with regard to all transport types, the Swedish Transport Administration is the appropriate agency to administer the system. Transport Analysis finds that a reasonable annual budget would be SEK 30 million, and we estimate that the administrative costs will total roughly SEK 1.5 million per year, based on experience gained in Norway. 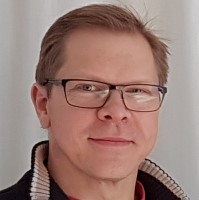