Self-driving vehicles can double road capacity of an inner city environment. Similarly, the capacity of a heavily trafficked stretch of motorway may increase by roughly 70% if all vehicles were self-driving.

The development of self-driving cars is advancing swiftly, and several car manufacturers (including Swedish Volvo) are expected to have models that are fully or partially self-driving on the market by as early as 2020. This evolution is placing demands on government authorities to keep pace. In 2014, Transport Analysis launched two studies of self-driving cars to expand our knowledge of developments in this area. These studies were intended both to provide some idea of the possibilities to systematically monitor developments, and to examine the potential impacts of self-driving cars on the capacity of the Swedish transport system.

Currently, no definition of self-driving vehicles is generally accepted, whether nationally or internationally, nor is there any globally accepted taxonomy of vehicle automation. Many different terms, such as "self-driving", "driverless", "intelligent", and "robotic", are currently used to describe different types of operational control performed by a technical system. The lack of an accepted definition of vehicle automation makes it problematic to monitor the development of vehicle fleet automation. Nevertheless, we believe that Transport Analysis, within the framework of our current vehicle fleet status reports, should provide a short-term estimate of the proportion of the fleet that is equipped with certain automatic functions. This should provide a rough idea of the development status until a more accepted classification scheme is in place.

The starting point of this study has been to look into how a breakthrough by self-driving vehicles could affect the capacity of the Swedish transport system. According to the relevant literature, it will take a long time before self-driving vehicles achieve a breakthrough of sufficient magnitude to have pervasive consequences for how we use the transport system and plan our cities. Nor does the literature provide a consistent picture of how self-driving vehicles could affect how we travel. It instead indicates that future views of car ownership will likely play an important role in shaping how self-driving technology affects the capacity of the transport system. If we continue to use cars in the same way as we do today, this will likely lead to increased mileage driven by motorists and a dramatic increase in demand for parking space. On the other hand, if the technology leads to more forms of shared ownership, such as car sharing, carpooling, and taxis, it will then be possible to dramatically reduce the demand for parking space and the number of vehicles, despite any increase in the number of person/kilometres driven. 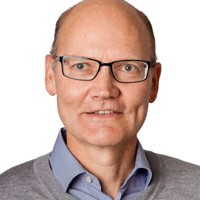