The purpose of this report is to describe the current status of the Swedish transport system and how it is being affected by various societal conditions, and to analyse the existing opportunities to achieve Swedish transport policy objectives.

The physical infrastructure – a key part of the transport system – is described in the report. Forty-six per cent of the Swedish road system consists of national highways. Important changes in recent years have focussed on traffic safety measures, including lowered speed limits that has reduced accessibility in many parts of the country.

Eleven of Sweden's 51 airports are state-owned, and most of the others operate at a loss.

Roughly half of Sweden's ports are private industry ports with specific orientations, while the other half consist of commercial ports open to all sorts of commercial traffic. Over two out of three ports handle bulk goods, while only 17% handle containers.

The vehicle and vessel fleets are other important parts of the transport system. The rising average age of the vehicle fleet is a cause for concern in the long term. Generally speaking, this means that the anticipated environmental and safety benefits from new technologies introduced into the market will take longer to have an impact.

Report 2011:10 The Current State of the Swedish Transport System – Challenges and Opportunities 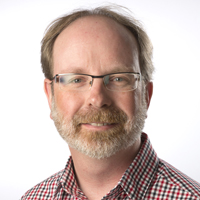