The EU Sulphur Directive is being implemented in 2015 to reduce the harmful impact of sulphur emissions on human health and on the environment.

The Directive points out the risks associated with a transition from transport by sea to transport by road, which may lead to more traffic congestion and increased climate-warming emissions. Higher costs for shipping lines operating in Sulphur Emission Control Areas (SECAs) and the reduced competitiveness of transport buyers using maritime transport in SECAs have also been identified as potential risks.

Transport Analysis commissioned over 30 interviews with transport buyers and with representatives of the energy and shipping sectors. The aim was to examine how these industries are adapting to the Directive, as well as any changes in transport patterns directly associated with the Directive's implementation.

The interview study demonstrates that, overall, respondents have made few changes. The energy sector does not appear to have adjusted its fuel production to accommodate increased demand for low-sulphur marine fuel. The shipping lines report that they are increasing their efficiency, including by sailing their vessels more slowly, but they have done little to cut back on routes or invest in new technology. Transport buyers have in some cases switched to transporting goods by land rather than sea, but most indicate that they have not modified their transport arrangements. The many uncertainties about fuel prices, the maturity of new technologies, and future regulations, even as the price of low-sulphur fuels has fallen lower than expected, have led most shipping lines to postpone new investments. However, as of February 2015, more shipping lines had begun to order scrubbers, i.e., devices used to remove sulphur from fuel. 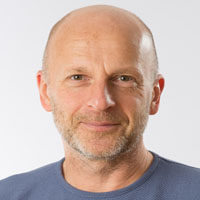