Transport Analysis is supposed to follow the international development of models for socioeconomic analysis. In 2022 Transport Analysis conducted an interview- and literature-based study of the ways in which other countries are working with socioeconomic impact assessments of climate policy instruments in the transport sector. The countries studied comprise Norway, Finland and Great Britain, and representatives from their infrastructure or transport ministries were interviewed.

Sweco has conducted a study at the request of Transport Analysis. Sweco’s report describes the goals, responsibilities and strategies involved in the ways in which these countries are working with climate issues in the transport field. Sweco also identifies the methods being used in impact and consequence assessments in each country. For example, the countries studied use mainly cost-benefit methods in impact analyses of infrastructure investments.

The report describes various impact and consequence assessments used for climate policy instruments. It is generally the nature of the climate policy instrument that determines which analysis method is used. We have noted that the focus, mainly in Norway and Finland, appears to be on developing and adapting existing socioeconomic analysis methods, rather than on developing socioeconomic impact assessment methods specifically for climate policy instruments in the transport sector. There are also examples of analyses, mainly from Norway and Great Britain, in which the focus has been on analyses of reduced climate emissions. For broader climate issues, multi-sector macro-level models are often used whose purpose is to calculate greenhouse gas emissions from climate policy instruments, etc. It will be interesting to monitor the results of the work done by the Norwegian Ministry of Climate and Environment's Technical Calculation Committee over the next few years. One of that committee’s objectives is specifically to study the relationship between climate emissions and socioeconomic effects in greater depth.

In addition to the more traditional approaches, in Norway we find examples of policy instruments, or measures, that have been impact-assessed using alternative methods. Sweco’s report describes a multi-criteria analysis of an accelerated phasing-in of electric aircraft in Norway that highlights effects and rationales that are not as readily apparent using more traditional methods. This pertains, for example, to the advantages of some airports with so-called network benefits, as well as a form of alternative cost-based argumentation based on how investments in highways and railways could be reduced.

The report offers an example of a British socioeconomic cost-benefit analysis of a climate policy instrument in which the focus is on the economic costs and benefits of reduced greenhouse gas emissions versus higher fuel costs. The climate policy instrument concerns a higher admixture of biofuels in vehicle fuel, and the analysis of its effects does not include the broader impact on citizens and the environment. The analysis is instead highly detailed because of its breadth of sensitivity analyses and various comparative alternatives. The analysis also presents the cost-effectiveness of each alternative in the form of reduced CO2 costs.

The report raises the issue of whether ambitious climate goals entail a shift in focus from socioeconomic efficacy towards achieving climate goals as cost-effectively as possible. However, representatives from the Finnish ministry appear to prefer the traditional cost-benefit calculations based on a stable scientific foundation over cost-effectiveness metrics such as those used to some extent in Great Britain. A degree of concern has been expressed in both Finland and Great Britain over the fact that methodological development in the socioeconomic area is not progressing rapidly enough to generate consistent and comparable consequence assessments.

In a yearly report, Transport Analysis analyses the current state of the transport system in terms of the government's policy...

The Swedish government has commissioned Transport Analysis, to prepare proposals for policy instruments for reducing greenhouse... 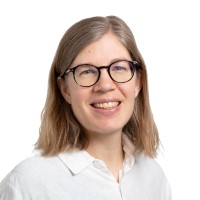